The conference is part of the preliminary events that accompany and anticipate “Confiscated Properties: Architecture, Ideology, and Performance” (June 16 – November 4 2018), a project curated by Valentina Sansone.

For almost twenty years, UK-based musicians Barry Russell and Tony Harris have been pioneering a range of techniques and strategies for creative community endeavour in which all participants are able to contribute, through their own preferred medium/media, to new work and explore and be inspired by a multitude of artistic practices. Drawing on ideas discussed in Harris’ book “The Legacy of Cornelius Cardew” (Routledge 2013) and in Russell’s new book for practitioners, “Everything We Do Is Music” (Edition Peters 2016), this session will investigate the way in which different art forms can inform, influence and coalesce through a process which is part exploration, part performance. In a workshop session conceived for Magazzino Brancaccio, a group of students from Conservatorio di Musica “Vincenzo Bellini” explore ways in which a project can grow organically and, in the final outcome, show how music, movement, words and visual arts can be inextricably linked and interdependent: a contemporary Gesamtkunstwerk.

Barry Russell is a UK-based composer, performer and animateur, specialising in the creation of large-scale participatory performances with people of all ages.

Dr Tony Harris is a musician, academic and educator, and the Dean of London’s Institute of Contemporary Music Performance. 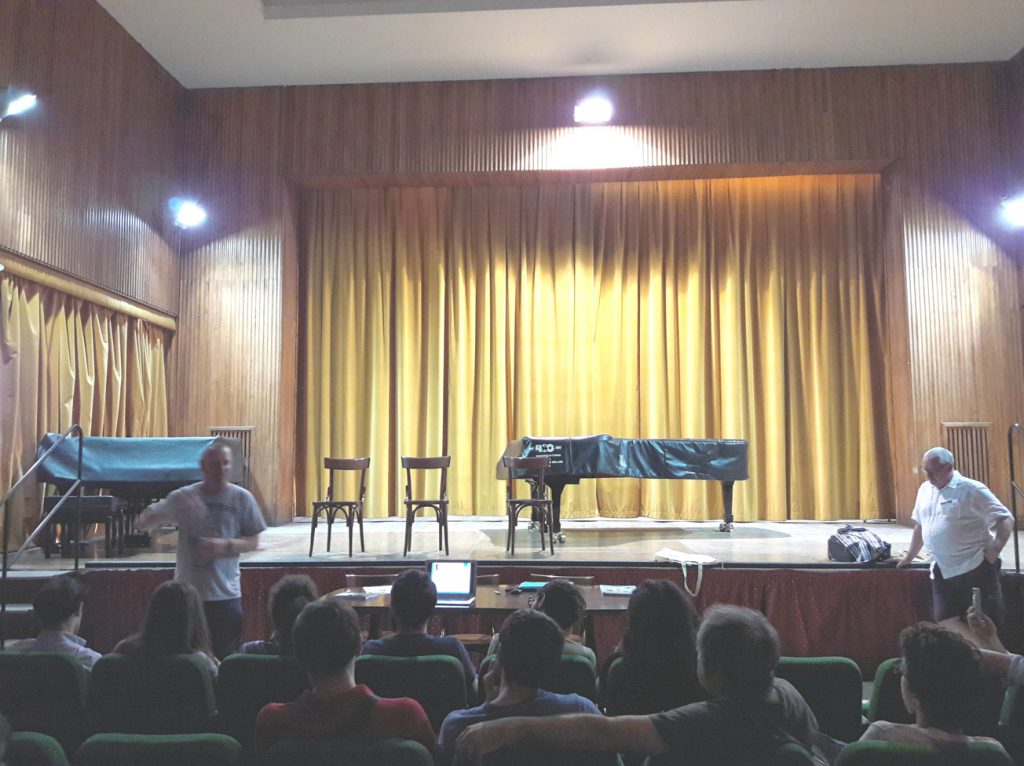 The workshop is part of the preliminary events that accompany and anticipate “Confiscated Properties: Architecture, Ideology, and Performance” (June 16 – November 4 2018), a project curated by Valentina Sansone.

The workshop Open Data and Civic Monitoring, run by Andrea Borruso (Confiscati Bene), included a group of twenty students from the high school and was coordinated by Prof. Ferdinando Siringo.

A journalistic investigation by the students has produced a communication campaign and an open letter in order to access a confiscated property, part of the high school, which has been closed since 2000. 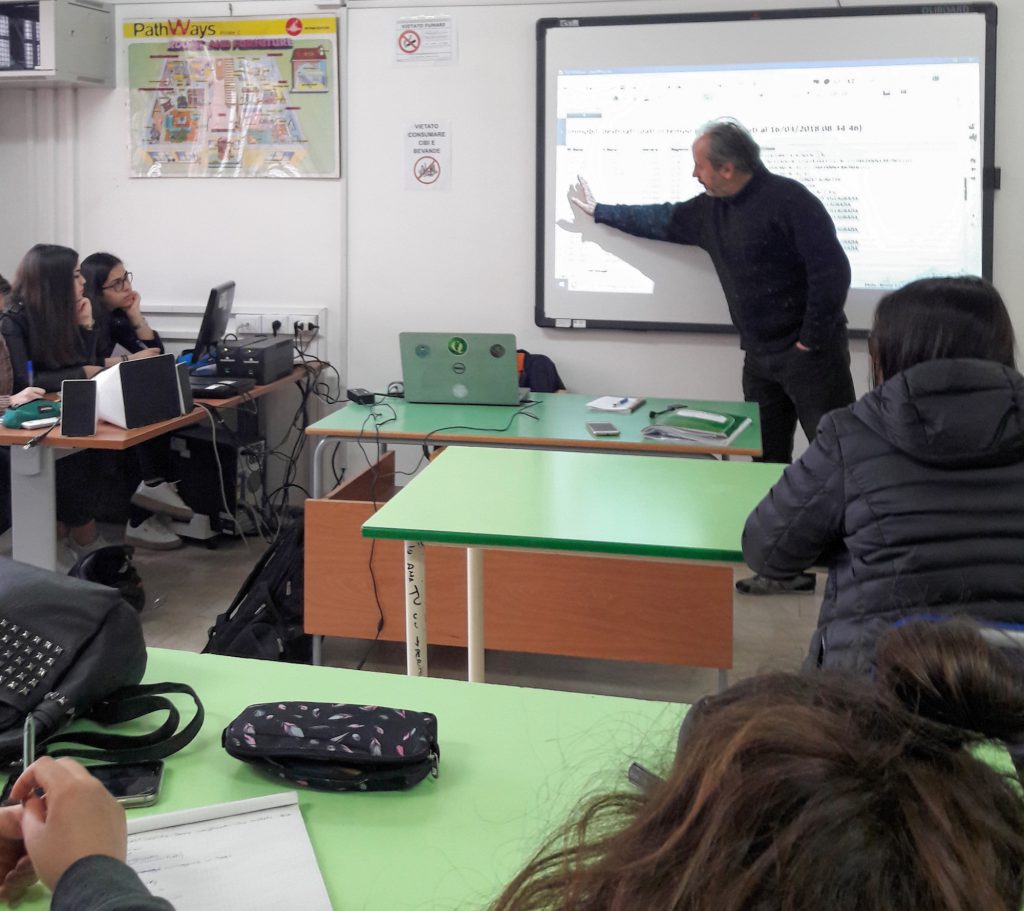 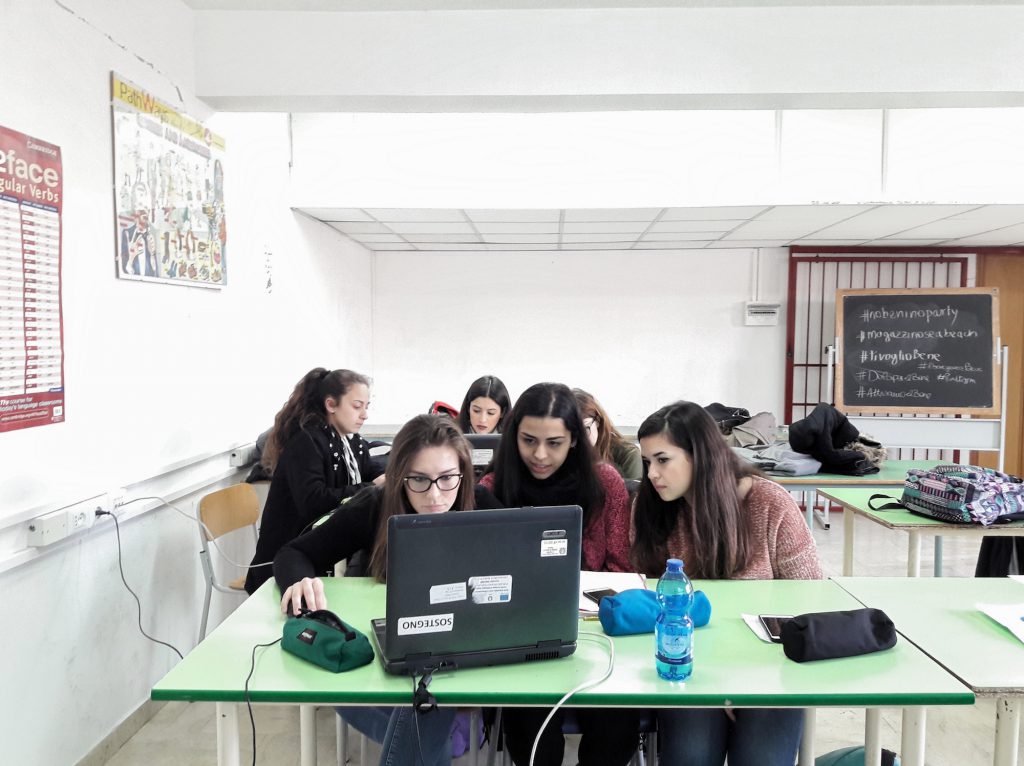 Newspaper Theatre Performance and Debate on the Homeless Emergency in Palermo

THIS EVENT IS PART OF THE SERIES THAT ACCOMPANY AND ANTICIPATE THE PROJECT “CONFISCATED PROPERTIES: ARCHITECTURE, IDEOLOGY AND PERFORMANCE” (16 JUNE-4 NOVEMBER 2018), BY VALENTINA SANSONE.

The assets confiscated from organised crime, and their management, are increasingly at the centre of current events. These events, reported in the newspapers, invite us to reflect on a resource that the city is not yet able to assimilate. If destined for social use, what could be the benefits of collective participation in this immense holding of real estate?

The Region of Sicily possesses almost 50% of the assets confiscated in Italy. According to data published and updated on the OpenRegio website, the city of Palermo alone has 1836 properties and 145 companies confiscated and assigned for rehabilitation through community use.

The regulations of the City of Palermo provide that families in emergency housing have priority in the assignment of confiscated properties. The shortage of accommodation in Palermo has, in fact, for many years represented an urgency that calls for a redefining of these procedures.

In 2002, a group consisting of homeless families, which complained about the lack of housing for the homeless, responded to the municipal administration with a proposal: use the real estate confiscated from the mafia.

This initiative was followed by a peaceful and symbolic occupation of the Cathedral of Palermo by 13 families, who lived in the church for about a month. It was the second occupation of the Cathedral, the first taking place in 1975 for the same reasons (others followed in 2006 and 2007). The occupiers’ proposal was supported by the then Government Commissioner for Confiscated Assets and, between 2003 and 2005, the temporary allocation of about 120 houses was accomplished.

The independent movement “Lotta per la Casa 12 luglio”, whose only protagonists are homeless families, originated from this experience. The possibility of utilising confiscated assets activated “a virtuous circle”, which returned the assets of criminals to society, thanks to popular mobilisation. Other organisations in the city are now dealing with the housing problem, on a voluntary and free basis. 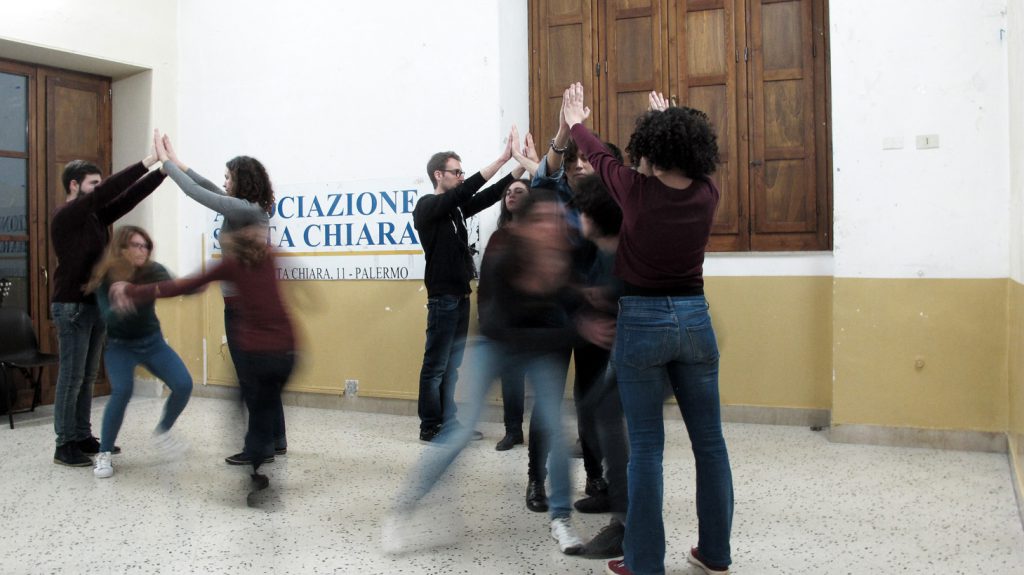 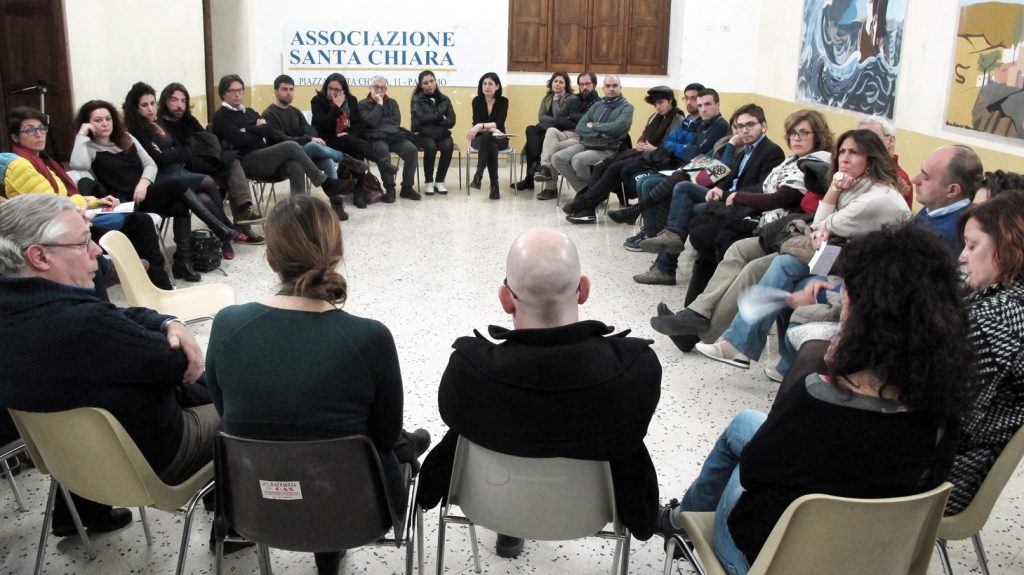 From top: Newspaper Theatre Performance (directed by Preziosa Salatino) by students from Teatro Atlante; debate on legislation, administration and management of assets confiscated from organised crime with the participation of professionals and activists. Photo: Riccardo Culotta and Sergio Sanna.

On Sunday 5th March, a public event at the Salesian Santa Chiara Centre develops from a starting point of the theme of the homeless emergency, in relation to the question of confiscated properties.

From 6 pm, a Newspaper Theatre performance (under the direction of Preziosa Salatino and with the participation of young students of Teatro Atlante), includes the reading of texts, articles and insights, that accompanies and stimulates a debate on the theme of the event.

Newspaper Theatre is a system introduced in the mid-sixties by Augusto Boal, the Brazilian theatre director, playwright, theorist, writer and founder of the Theatre of the Oppressed. It consists of a series of techniques developed to transform news items, articles or informative texts more generally, into a theatrical performance.

Preziosa Salatino is co-founder of Teatro Atlante in Palermo, an association that works in the fields of research and theatrical production. She is a national theatre practitioner of the Theatre of the Oppressed and runs courses and seminars for children, teachers and educators.

The Salesian Centre of Santa Chiara, in the heart of the Albergheria district in Ballarò, deals with the reception of migrants and migrant communities. At the end of the eighties, it was the first centre in the city to receive communities and individuals in situations of hardship, thus welcoming them to Palermo. Today, Santa Chiara is an open space for various initiatives, including: Asylum; the Oratory, with after-school and scholastic support; the Youth Centre, with sports and play activities; the Italian language school for foreigners, attended by 120 young people. The centre, directed by Don Enzo Volpe, is self-financed, thanks to the work of numerous volunteers and the contributions of its supporters.